5 Ways to Lower Your Risk of Stroke 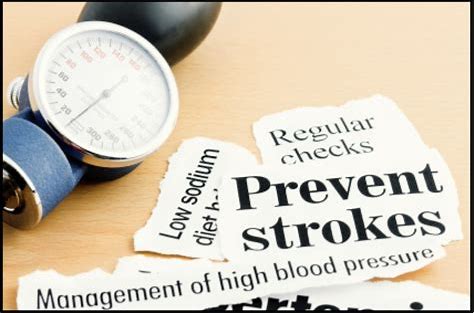 When the news broke about the death of actor Luke Perry from a massive stroke at age 52, it showcased the fact strokes aren’t just a danger for the elderly. In fact, as many as 15% of people in the U.S. who experience a stroke are younger than 45.
Unfortunately, that rate is going in the wrong direction. One study noted that, since 1995, hospitalization rates for acute ischemic stroke in those aged 35–44 has increased by 41% for men and 30% for women. Right now, stroke ranks as the fourth-leading killer in the U.S., and is the most common cause of disability.
“One issue here is that many people younger than age 60 are potentially seeing themselves as ‘safe’ from something like stroke, because they think that only happens much later in life,” says Dr. Suzanne Steinbaum, a cardiologist at Mount Sinai Hospital in New York City. “That might keep them from making important lifestyle changes that can help, and most importantly, getting their blood pressure and cholesterol checked.”
Although family history can play a role in stroke risk — especially when blood pressure, heart conditions and cholesterol all combine — there are some prevention strategies that not only lower stroke risk, but also keep you healthier in general:
1. LOAD UP ON YOUR FRUITS AND VEGETABLES
We know you’ve heard “eat your vegetables” before. But here’s one more reason why: Foods high in potassium and/or magnesium — such as sweet potatoes, bananas, tomatoes, melons, prunes and spinach — are particularly helpful for lowering stroke risk.
But grazing your way through the farmers market with any kind of fruits and vegetables can give you an anti-stroke boost. That may be because these foods can help lower inflammation in the body — which, in turn, increases your stroke prevention.
2. MAINTAIN A HEALTHY WEIGHT
Having excess weight can be a stroke risk, according to several studies, and belly fat is particularly problematic. One study noted that measures of waist circumference are often better predictors of stroke than body mass index numbers.
The weight-stroke connection happens, in part, because with excess weight comes a higher risk of hypertension and high cholesterol. Also, according to the Obesity Action Coalition, excess fatty tissue can increase inflammation throughout the body, which may lead to difficulty in blood flow and an increased risk of blockage — both risk factors for stroke.
3. KEEP MOVING
In numerous studies, exercise has been shown to be beneficial in preventing stroke, in part because it’s helpful with blood pressure, lowers cholesterol levels, reduces obesity and can even decrease the use of alcohol and tobacco, one study noted.
You don’t need to sign up for a marathon to get these effects. Researcher Peter Prior, PhD, of Lawson Health Research Institute, says stroke risk can be reduced with regular leisure-time physical activity, meaning that if you put plenty of “movement snacks” into your day, you’ll see prevention advantages.
Prior says, “There’s a growing body of evidence that interventions such as exercise training can promote plaque stability and favorable changes in vascular wall function.” When that occurs, stroke risk is lowered, especially compared to those who are sedentary.
4. LOWER YOUR BLOOD PRESSURE
By far, the biggest risk factor for stroke is high blood pressure or hypertension. This causes a 2- to 4-fold increase in stroke risk for those under age 80. We’ve already mentioned a few major ways to bring blood pressure down — eating nutrient-dense foods, getting to or maintaining proper weight and exercising regularly.
But there are other strategies as well, such as quitting tobacco, since nicotine raises blood pressure. Also, cigarettes have been linked to the buildup of fatty substances in the carotid artery, which supplies blood to the brain. Carotid blockage is the leading cause of stroke, according to the National Institutes of Health.
Controlling chronic stress is another major prevention strategy. When you’re in a stressful situation, your body releases hormones that temporarily increase blood pressure by narrowing your blood vessels. When this happens continually, that chronic stress can increase your risk of stroke.
5. KNOW YOUR NUMBERS
One of the best lifestyle habits for stroke prevention? Making sure you keep track of your blood pressure and cholesterol, says Dr. Steinbaum. A major part of the upswing in strokes among young people is they tend to skip regular checkups, especially if they’re active and generally healthy.
Knowing your numbers is particularly important if you have family members — especially your parents — who’ve had strokes, heart disease, high blood pressure or high cholesterol. But even if none of those show up in your family history, you could still be fit, at a healthy weight and have a problem.
All of this is standard advice for health — how many times have you heard “eat healthy, lower stress levels, get more exercise” after all? — but it’s worth repeating, because these kinds of strategies are so powerful when it comes to preventing scary scenarios like strokes.