The Problem With Carb-Restricted Diets 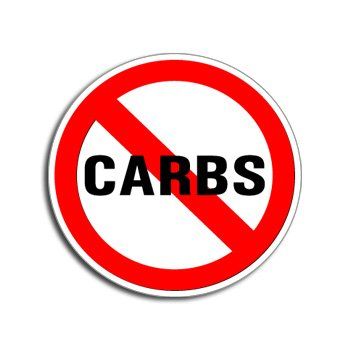 BY EMILY ABBATE SEPTEMBER 13
Whether it’s Atkins, Paleo or keto, these trendy fad diets have one thing in common — limiting carbs. Some research shows people lost more weight on a low-carb diet than a traditional low-calorie plan over six months. However, there were minimal discrepancies at the one-year mark. Carbs are an essential macronutrient and cutting back too drastically can backfire. If you’re wondering why low-carb diets can be problematic, there are several reasons:1. THEY’RE OFTEN LOW IN FIBERMost people obtain fiber from fruits, grains and certain vegetables — all of which have carbs. “A low-fiber diet can be a risk factor for heart disease, diabetes and even certain cancers,” says Diana Gariglio-Clelland, a registered dietician at Balance One Supplements.2. THEY’RE MESSING WITH GOOD GUT BACTERIAStrictly limiting carbohydrate intake could also lead to a reduction in the diversity of gut bacteria, says Nicole Magryta, RD. “Since gut bacteria thrive on fiber, which is found in many carbohydrate-rich foods, this may have many negative consequences given the enormous role gut bacteria plays in our overall health.”3. THEY’RE NOT SUSTAINABLEBirthday parties, office luncheons, business meetings, vacations — there are always life events that can make it difficult to abstain from eating carbohydrates. “Most people will end up facing a situation where eating carbs is almost unavoidable, or they’ll eventually get tired of not being able to enjoy a good-old sandwich or bowl of pasta,” says Gariglio-Clelland.Eliminating carbs altogether is also hard to upkeep as part of your lifestyle. While it may seem feasible in the short term, it could backfire when they’re no longer “off limits” leading to overeating and weight gain.4.OUR BODIES NEED FUELYour body typically uses carbohydrates as its main fuel source, especially if you’re active. “While the body can use fuel from fat and protein, it isn’t as efficient as using carbs,” says Gariglio-Clelland. If you’re trying to lose weight efficiently, you’ll need to combine a healthy diet (that includes complex carbs like whole-wheat bread, barley, quinoa and brown rice) with exercise. Thus, a low-carb diet could leave you feeling too tired to hit the gym and even slow recovery.