The Truth About Soy 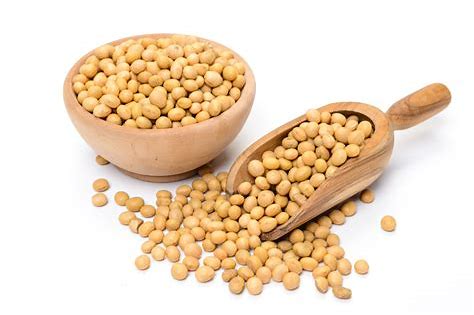 Whether it’s as an alternative to traditional milk, tofu added to stir-fries or edamame before a sushi dinner, soy products can be a great addition to your diet. However, they often get a bad rap due to a large amount of misinformation and lack of evidence-based facts surrounding them.
Here, a look at how a common misconception arises from lack of clarity on soy’s structure, the different types of soy products and how to incorporate them into your diet.
WHY SOY’S STRUCTURE MATTERS
One of the most common misconceptions about soy stems from its structure. Soy contains certain nutrients called isoflavones that have chemical structures similar to estrogen, sometimes called phytoestrogen. Many assumptions have been made about the effects of phytoestrogens in the body because of its similarity to estrogen. However, these phytoestrogens are not equivalent to estrogens found in a woman’s body.
WHY YOU DON’T NEED TO FEAR SOY
These phytoestrogens have much weaker, differing effects (compared to traditional estrogen) based on the person and type of soy product consumed. For example, soy has been extensively studied in hormone-sensitive cancers such as breast cancer because of its potential estrogenic effects. Despite past hypotheses that consuming soy products may increase the risk for breast cancer (especially estrogen receptor positive breast cancers), several large studies have shown women who regularly eat soy have a lower breast cancer risk — and those who already have breast cancer have a lower risk of recurrence.
If anything, soy appears to have a neutral to protective effect when it comes to breast cancer risk and is safe (and delicious) for women to consume.
It’s important to keep the big picture in mind with studies like the ones mentioned above, since positive effects from consuming soy products may also be due in part to substituting this plant-based protein for things like red and processed meats, other dietary patterns of those eating soy products and other lifestyle factors like movement.
SOY’S HEALTH BENEFITS
Research has shown consuming around 25 grams of soy protein per day may help reduce LDL cholesterol by about 5%. Replacing some animal products that are higher in saturated fat with a plant-based protein like soy can also be helpful for cholesterol management and overall health.
Soy is also one of the few plant foods that is a complete protein, meaning it contains all nine essential amino acids the body cannot make itself and must obtain from diet.
Moreover, soy foods are rich in B vitamins, iron, zinc, potassium and magnesium and some have a high amount of fiber, which can help keep blood sugar steady, aid satiety and promote gut health.
TYPES OF SOY
Another reason soy tends to have a big question mark in the “is this healthy?” category, is the variety of foods in which it is contained and the reputation of those foods. Not all are created equal but none should be feared either.
WHOLE AND FERMENTED SOY PRODUCTS
These varieties, including tofu, edamame, soy milk and soy beans, are nutritional stars since they are the least-processed. In addition to containing quality protein, they also have several key vitamins and minerals.
Tempeh, soy sauce and miso are slightly more processed due to fermentation but are still great sources of soy.
PROCESSED SOY PRODUCTS AND SUPPLEMENTS
The more processed soy foods may include faux-vegetarian meats like veggie burgers and non-dairy cheeses, as well as many packaged food items made with soybean oil. Soy beans can also be made into a compound called soy protein isolate, and this highly processed agent is often used in protein powders, protein bars and shakes. Some of these foods may contain the vitamins, minerals and protein found in whole soy products but typically contain much less due to the high level of processing. While I’d recommend primarily consuming whole soy products, an occasional veggie dog or soy-based protein bar is absolutely fine.
THE BOTTOM LINE
Whole soy products can be a wonderful addition to your diet and are a nice plant-based protein source with a meal. Foods like tofu can be prepared in ways that are delicious. For proof, try this golden tofu scramble or this vegan tofu curry. Or opt for some protein-packed edamame as a snack or appetizer.
We now know moving toward a more plant-based diet is best for overall health, and incorporating more whole soy foods into meatless meals and as snacks is a great way to get there.